In 2013, the young family exchanged their apartment for a house so that they could have additional space for more children. At that time, only minor work was conducted on the house. Seven years later, it was time for major renovation work. They wanted to enlarge the kitchen and use it as a shared living space, and to extend the attic space.

During the course of the renovation, the family also switched to a sustainable heating system. The old radiators were removed and replaced with comfortable, energy-saving surface heating. The project team spent a lot of time planning the building works. The renovation was completed step by step, in other words, room by room. Due to the lack of space, some of the furniture was stored outside. For four whole weeks, the kitchen was relocated outside, and the family cooked and washed the dishes outdoors.

Originally, a floor-integrated heating system was planned. This would have meant that the family would have had to move out of the house while work was underway, and find temporary accommodation. For the building owners, this wasn’t an option. The installer Siegfried Lackner from Krieglach then introduced the idea of using Variotherm’s wall and ceiling heating.

Working together with Siegfried Lackner and the building owners on site, Variotherm pro Peter Unterrainer put together the optimum heating solution. The surfaces to be activated were defined and a combination of floor, wall, and ceiling heating was planned by the Variotherm technology team. Ceiling heating was installed in rooms with wall surfaces that were largely covered by furniture, such as the kitchen.

The attic hadn’t been used in recent years, and was only extended as a living space during the renovation works. Since the gable walls hadn’t yet been plastered, the decision was made to opt for wall heating under plaster. The VarioProFile pipe 16x2 plus+ was installed with a pipe spacing of 10 cm, and with plaster on the building side. The Wall was finished. The installer fitted the other wall surfaces that were needed for heating purposes with wall heating for drywall construction.

The heating system is still gas-operated. However, they young family plans to convert to a heat pump in a few years’ time. While being more sustainable on the one hand, this solution will also make it possible to cool the house down to a comfortable temperature via the surface heating system.

The home owners are satisfied: "We’d renovate our house in the same way again. The different trades were perfectly coordinated with each other, and the conversion was completed without a hitch. And if you’re a bit flexible, you can even remain living in your home during the conversion period." 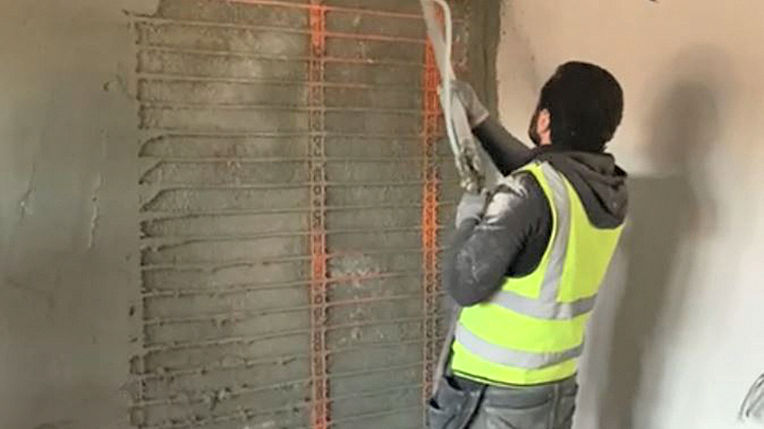 project of the month 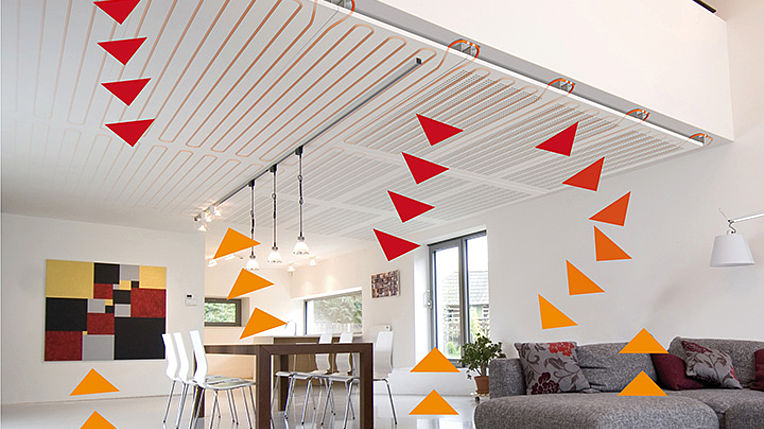 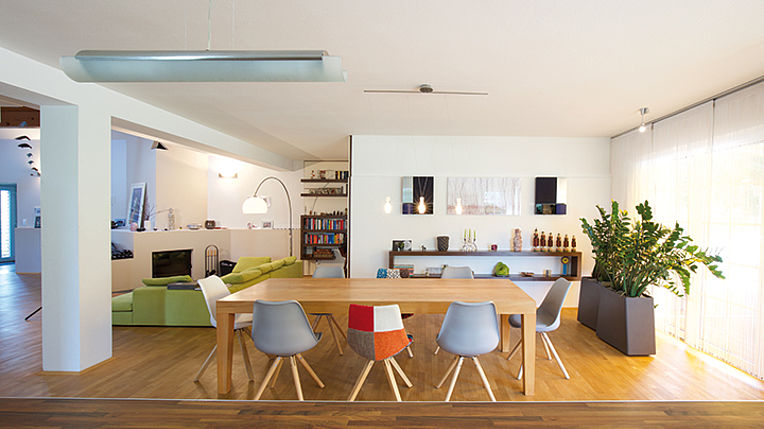 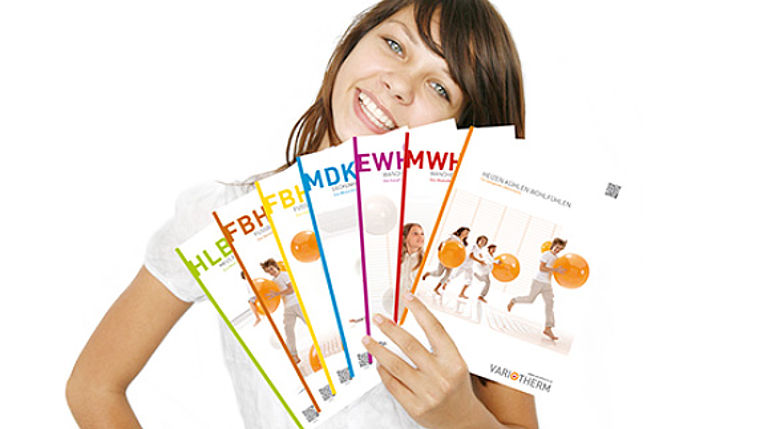 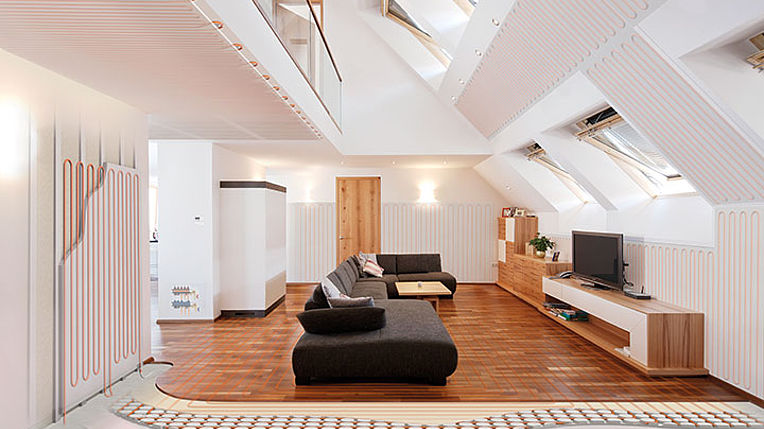 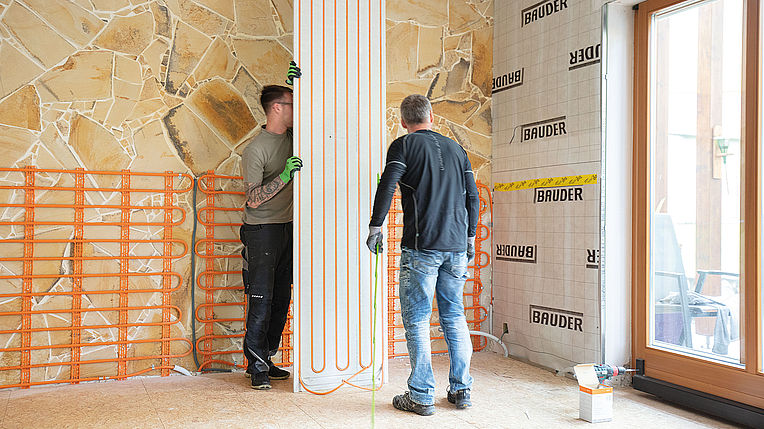 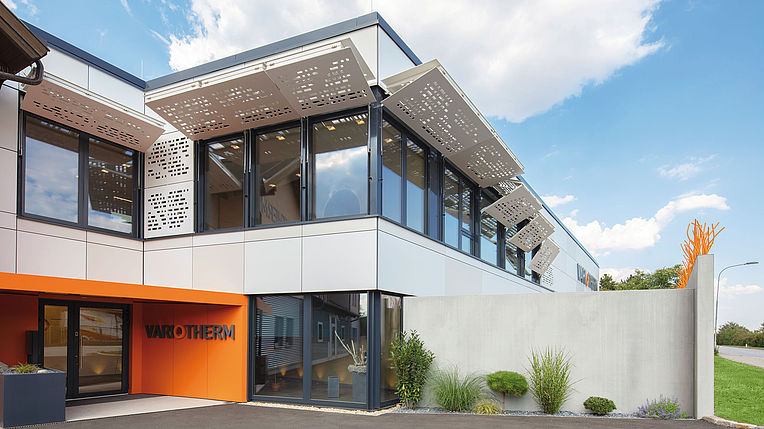